Spinning the tunes: DJ RocketManLA, with over 90,000 songs!

Tom wanted a party –
and that is exactly what you gave him!

TOM’s Foundation thanks
every soul that made TOM’s Bar rock this year.

BIG THANKS TO THE ARTISTS
THAT GIVE US SO MUCH


KUDOS TO THE STALWART
ToFF VOLUNTEERS

THANK YOU TO ROBERT GREEN, JOHN MENDEZ,
MIGUEL ANGEL REYES AND LORENZO GOMEZ
FOR THEIR AMAZING PHOTOS OF THE EVENT. 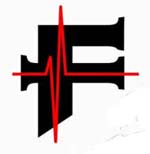 AH, THE SPLENDOR THAT IS THE SISTERS

The British Museum has introduced a new audio guide narrated by Simon Russell Beale, which focuses on gay content in the museum collection. The project titled “A Little Gay History” brings to light objects and art from ancient Egyptian scrolls to the homoerotic depictions on Greek and Roman pottery.

The project concepted and written by curator Richard Parkinson explores what it means to be gay by recording same-sex themes in art from the ancient world to David Hockney.

“Museums have always been very important spaces for people to consider their own sexual identity,” explained Mr Parkinson – curator in the ancient Egypt department – in the guide. “Most museums have collections of Greek and Roman statues which show men looking very naked, so for men who desired other men it was one of the few spaces where they could look at naked male bodies in a culturally respectable sort of way.”

The project began with Same-sex desire and gender identity, launched as part of LGBT History Month in 2010. Mr Parkinson recalled how Hadrian was said to have “wept like a woman” when Antinous drowned in the Nile. “He commemorated Antinous in statues, religious cults and coins across the Empire. It is said to be the most passionate outpouring of grief for lost love that we know of before Queen Victoria and Prince Albert.

“People often think that gay and lesbian history is a minority history, but of course it is part of humanity’s history. Sexual diversity is something that affects us all.” Mr Parkinson added.